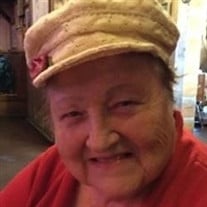 After a 10-day hospital stay in Plano TX, where she celebrated her 93rd birthday on November 28, Bertha Moore passed away December 5, 2015. As family members stood at her bedside hand-in-hand in prayer, she passed peacefully into her permanent life beyond this one. She is now with her loving savior Jesus Christ. Bertha was born to Lon and Elma Smith at Boggy Depot, Oklahoma. She was the third oldest of 12 children, all of whom grew-up working on the family farm in rural Wapanucka, Oklahoma. She graduated from Wapanucka High School in 1940, where she was a top student and star basketball player. Upon graduation, she moved to Dallas and enrolled in Draughn’s Business College. Given the on-going Second World War, women’s sports were in high demand. From 1942-44 she was recruited by and became a star player with the nationally recognized women’s American Amateur Union  (AAU) basketball team, the Dallas Hornets. Bertha was selected to the women’s national All-America team in 1944. Although a self-described “country girl”, she traveled internationally with the U.S. National Women’s Basketball Team playing against national teams abroad, including Mexico City. Had the 1944 Olympics not been cancelled because of the war, Bertha would have been part of the US women’s Olympic basketball team.After marrying in 1944, Bertha and her husband, D.R. Moore Jr. of Dallas, had eight children and she reared three stepchildren from D.R.'s previous marriage. After residing in Dallas, Shreveport LA and Georgetown TX, the family moved to Austin TX in 1954. In 1966 after her husband passed away, Bertha, in order to provide for her family, became a business owner, operating a licensed kindergarten and childcare facility in Austin. She became a leader and Executive Board Member of the Travis County (Austin) Licensed Child Care Association. After her children graduated from high school, Bertha sold her business in 1977 and moved to Dallas where she worked as an accountant for State Farm Insurance, and received the company-wide State Farm “Mother of the Year Award”. In 1980, she moved to Ada, OK and worked for the Chickasaw Nation Tribal Headquarters overseeing the Women’s Infant and Children assistance program. Bertha relocated to Ponca City, Oklahoma in 1983, and worked for Conoco Oil Co. as assistant to the Controller. In 1986 she returned to Dallas and was employed as an accounting assistant and computer operator at the corporate offices of SunMark, Inc., which operated retail specialty stores throughout the region. She joined the Dallas corporate headquarters of J.C. Penney in 1989 and was an accountant in the Merchandise Records department. In 1992, she was transferred to J.C. Penney’s retail offices in Ada OK, where she worked in accounting and billing until she formally retired in 1998.To be near family, Bertha retired in 1998 to Oak Point TX and lived in her private home until her passing. She spent her time almost exclusively keeping up with and lovingly supporting her large family, as she only could. She was indeed the cherished matriarch of her family.Bertha is survived by her children G. W. “Rusty” Moore (Malinda) of Crowell, TX, Larry Moore (Karen) of Aurora, CO, Bonnie Moore of Dallas TX, Obie Moore (Alina) of Washington DC, Jay Moore (Rhonda) of Jackson MN, Patty Moore Locke (Randal) of Oak Point TX and step-children D.R. “Sonny” Moore III (Nina), George E. Moore (Dottie), and son-in-law Clyde "Lefty" Morrow. She is also survived by two sisters, Christine Morgan (Dennison TX) and Lawan Peters (Oregon IL), a brother, Bruce Smith (Ft. Worth TX). She is survived by her 25 grandchildren, 15 great grandchildren, and two great-great grandchildren—all of whom she adored and was very proud of their many accomplishments. Bertha was preceded in death by her parents, eight brothers and sisters, infant daughter Bernadine Moore, husband, step-grandson, oldest son L. Scott Moore, and stepdaughter Betty Morrow. The family is deeply saddened, but is thankful for every year the Lord allowed Bertha here on this earth. With each passing year she became a stronger blessing to every member of her family. Never failing to have a positive attitude about life, she was a source of strength to all who were in her company. It was a special event to sit with her in her bedroom, the walls of which glowed with warmth from countless family photos and mementos that covered them. She will be missed dearly, but will always be admired and remembered for how she loved and lived life, every day for her family.A family memorial service was held on December 10, 2015 at Slay Funeral Home in Aubrey, Texas. Graveside services and internment took place the same day at Belew Cemetery in Aubrey, Texas. In lieu of flowers, the family asks that contributions be made to “Heroes for Children”, a non-profit organization dedicated to assisting families of children battling cancer, indicating “In Memory of Bertha Moore”.https://donatenow.networkforgood.org/http://www.heroesforchildren.org/ To send a flower arrangement to the family of Bertha Juanita Smith Moore, please click here to visit our Sympathy Store.

After a 10-day hospital stay in Plano TX, where she celebrated her 93rd birthday on November 28, Bertha Moore passed away December 5, 2015. As family members stood at her bedside hand-in-hand in prayer, she passed peacefully into her permanent... View Obituary & Service Information

The family of Bertha Juanita Smith Moore created this Life Tributes page to make it easy to share your memories.

After a 10-day hospital stay in Plano TX, where she celebrated...