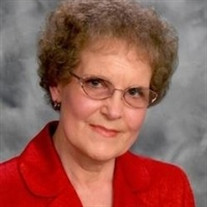 Brenda Joyce Kelly Byrd (73) of Sanger, TX went to be with her Lord and Savior on January 27, 2018.Brenda was born on May 8, 1944 in Pontotoc County, MS. She was raised in Tupelo, MS and married the love of her life, Alton Byrd, on June 24, 1962 in Bissell, MS. A brief positioning of words with dates and facts could not begin to describe the life of such a beautiful matriarch of the Byrd family. To know her was to feel the presence of God and feel the sacrificial, unconditional love of a mother. Although her life was full of professional accomplishments including shaping young minds as a school teacher, a successful career in banking, and following her dreams as a professional photographer, she proudly considered her greatest accomplishments to be her loving marriage, children, grandchildren, great-grandchildren and the lives she touched through being a devoted pastor’s wife of 52 years. Brenda leaves behind a beautiful legacy through her love and devotion to her Lord and Savior and family.Brenda was preceded in death by her parents, Thurman and Helen (Hill) Kelly.Brenda is survived by her husband of 55 years, Alton Wayne Byrd; four children, Pam (Stephen) Milam of Sanger, TX, Daniel (Gina) Byrd of Spanish Fort, AL, Steve (Lori) Byrd of Corinth, MS, and David (Jeanetta) Byrd of Castle Rock, CO; two brothers, Ronny (Sarah) Kelly and Dennis Kelly both of Tupelo, MS; and two sisters, Judy (Larry) Wilder and Nancy (Johnny) Chism both of Tupelo, MS; twenty grandchildren and nine great-grandchildren.Visitation will be held 12:00PM-1:00PM, Tuesday, January 30, 2018 at Slay Memorial Chapel in Aubrey, TX and the funeral service will begin at 1:00PM with Brenda’s husband (Alton), sons (Dan, Steve, and David), and Dr. Randy Carroll officiating. Burial will follow at Old Celina Cemetery in Celina, TX.  Pallbearers are Bradley Milam, Chad Kelly, Brenton Byrd, Josh Milam, Craig Byrd, Michael Byrd, Drew Byrd, Aaron Byrd, and Chad Byrd.  Online condolences may be shared at www.slaymemorialfuneralhome.com.Arrangements are under the direction of Terri Slay and Slay Memorial Funeral Center. To send a flower arrangement to the family of Brenda Joyce Byrd, please click here to visit our Sympathy Store.

Brenda Joyce Kelly Byrd (73) of Sanger, TX went to be with her Lord and Savior on January 27, 2018.Brenda was born on May 8, 1944 in Pontotoc County, MS. She was raised in Tupelo, MS and married the love of her life, Alton Byrd, on June 24,... View Obituary & Service Information

The family of Brenda Joyce Byrd created this Life Tributes page to make it easy to share your memories.