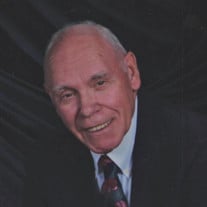 Charles Edward Phipps, 82, passed away on April 28, 2022 in Princeton, Texas. He was born on March 21, 1940, in Sherman, Texas to Robert L. Phipps and Thelma (King) Phipps. Charles married Barbara Kozlovsky, the love of his life who happened to be Czech, on November 19, 1960 in Pilot Point, Texas. Charles loved to dance to Czech music. He and Barbara were members of Polka Lovers Club of America. They helped organize Polka Lovers Club of America Chapter 2 for North Texas, where he served as President and Barbara membership secretary. They danced across Texas in area dance halls as far as south Texas, into Oklahoma, Kansas, Nebraska, Minnesota and Las Vegas. Their favorite polka band was the Vrazels. Charles was known in all the dance halls for his red boots. He was very active with Plano Sports Association during the 1970’s coaching baseball, basketball, and football with his boys. Charles was an avid bird and deer hunter and loved to go camping. It amazes Charles’ family how he did all of these extra-curricular activities after working 12-hour days, 5 days a week, half days on Saturdays, followed by Polka dancing on Saturday nights. Charles worked for Space Corp during the Gemini Space Project where he welded the elbow that held the rocket in place until lift off. He welded the on the base of the Saturn Capsule as well. Charles later went to work for Stewart Systems in Plano building conveyors for bakery companies all over the world. Charles was preceded in death by his parents; six siblings, Frances Martinek, Iva Lee Richards, Billy Joe Phipps, R L. Phipps, Gladys Woods, and Judy Shannon. He is survived by his loving wife of 62 years, Barbara; two sons, Glen Phipps and wife, Karen of Aubrey, Tommy Phipps and his partner, Steve Hawkins of Dallas; two granddaughters, Ashley Hammack and husband, Matt, and Amanda Phipps; grandsons, Matt Lollar and wife, Samantha, Garret Weaver and Wyatt Weaver; five great grandchildren, Shawn, Kalie, Caleb, Elizabeth and Emily; and numerous nieces and nephews. Family will receive friends for visitation on Tuesday, May 03, 2022 from 10:00AM-11:00AM. Funeral Service will follow at 11:00AM at Slay Memorial Funeral Center in Aubrey. Interment will be held at St. Thomas Catholic Cemetery. Online condolences may be shared to www.slaymemorialfuneralhome.com. Arrangements are under the direction of Terri Slay and Slay Memorial Funeral Center.

Charles Edward Phipps, 82, passed away on April 28, 2022 in Princeton, Texas. He was born on March 21, 1940, in Sherman, Texas to Robert L. Phipps and Thelma (King) Phipps. Charles married Barbara Kozlovsky, the love of his life who happened... View Obituary & Service Information

The family of Charles Edward Phipps created this Life Tributes page to make it easy to share your memories.