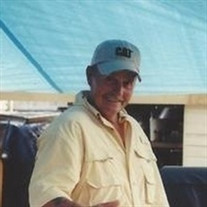 Clyde Eugene “Gene” Coffelt, 74, of Tioga, passed away Monday, April 17, 2017 in Denton, TX.  Gene was born August 4, 1942 in Waco, Texas to William Clyde and Rosa Lee Opal Coffelt. Gene was many things to many people and survived by the following: A husband to Judy Coffelt for 32 years. Father to Debbie Hilton, Connie Lazenby (husband Lee) and Vicky Duchrow (husband Pete). He was a grandfather to Jason, Cody and Ashley Hilton, Justin Smith, and Nichole Isaacs (husband John). Great grandfather to Lyndee Woodall, Brooklyn and Preston Isaacs.  His cousin Bob McDonald was the closest person that he considered a brother. Bob stuck with him right up until the end. We are so appreciative of that.  He followed many paths during his life: He was a volunteer fireman and captain at many departments in East Texas. Most recently served with Tioga and Lake Shore fire departments. His first love was music, and he was very talented and always dreamed of making it big. He had bands and played in many bands, singing and playing bass guitar. He was also made for the lake and fishing, and normally didn't have to convince people that "the fish was that long". His fish were that long!  At a younger age, he had a love for riding motorcycles and owned a 1965(ish) Shovelhead. Other interest/adventures: palm tree trimmer, roofing, construction, marina owner, fishing guide with a short-lived fishing TV show, black jack dealer in Vegas, newspaper venture geared toward fishing, studied karate under Chuck Norris, advertising services, truck driver for a bit, loved to watch/play golf (Jimmy Walker's biggest fan) and loved the Dallas Cowboys (and he was the only one that could cuss at them), and fussed about politics in a manner he was certain the news reporters and politicians could hear, as he loudly voiced his opinions directed at his TV.  We will miss him, but know we will all be together again.  A funeral service will be held 11:00 AM, Saturday, April 22, 2017, at Slay Memorial Funeral Chapel in Pilot Point.  Burial will be immediately following at Tioga Cemetery in Tioga, TX.  Online condolences may be shared at www.slaymemorialfuneralhome.com. Services are under the direction of Terri Slay and Slay Memorial Funeral Center. To send a flower arrangement to the family of Clyde "Gene" Eugene Coffelt, please click here to visit our Sympathy Store.

The family of Clyde "Gene" Eugene Coffelt created this Life Tributes page to make it easy to share your memories.