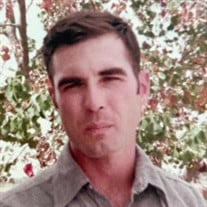 David Lee Thomas, 75, of Pilot Point, TX, passed away Saturday, August 21, 2021 in Pilot Point, TX. David was born March 5, 1946 in Houston, TX to James Dalton Thomas and Marjorie Havel. David married Susan Carol Wade on January 25, 1969, in Austin, TX. David served in the United States Army. David grew up on farms near Magnet and Wharton, Texas. He learned the value of hard work early and soon became a talented mechanic and welder. He raised livestock and became president of his FFA chapter. He harvested cotton across South Texas and the Rio Grande Valley. In his late teens, he raised no small amount of hell, riding motorcycles and water-skiing in rice canals, pulled behind a pickup. He went to college at Texas A&M and was in the Corps of Cadets there. He joined the U.S. Army as a lieutenant in 1968 and retired as a Lieutenant Colonel in 1994. He graduated from Ranger School, flew helicopters, spent a year in Beirut as an advisor to the Lebanese Army and served in the Vietnam and the Persian Gulf wars. He was proud of his 26 years of service and enjoyed the recognition his “veteran” hat would attract. Upon retiring from the Army, David turned his woodworking hobby into a professional 15-year career. Solid Oak Wood Products was best known for its top-of-the-line display cases. Customers included Super Bowl champions and President George W. Bush. When declining health took away his ability to work full-time, he focused on his grandchildren and family and enjoyed watching all the Texas A&M Aggies and Dallas Cowboys football he had missed during his harder-working years. He always made sure his grandchildren were entertained, building a zip line, a playhouse and taking the little ones for gentle rides on his John Deere lawn mower. His family, in turn, all loved “Bullworker” — his nickname reflecting his tireless work ethic. David is survived by his wife of 52 years, Susan Carol Thomas; son, David Thomas and his wife Shannon Marie Thomas; daughter, Julie Rebekah Tullos and husband Tony Marshall Tullos; four grandchildren, Matthew Scott, David William, and Amy Corene Thomas all from Austin, TX, and Skylar Sage Tullos from Pilot Point, TX. David was preceded in death by his parents, James and Marjorie. Burial will be at Central Texas State Veterans Cemetery. A Celebration of Life will be held from 2:00PM-6:00PM, Saturday, September 18, 2021 at the Memorial Event Center on Buda, TX. Online condolences may be shared at www.slaymemorialfuneralhome.com. Arrangements are under the direction of Terri Slay and Slay Memorial Funeral Center.

The family of David Lee Thomas created this Life Tributes page to make it easy to share your memories.