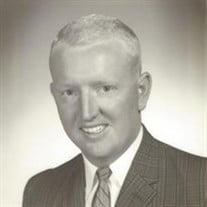 Donald Gene Compton of Aubrey, TX, formerly of New Braunfels, TX, went to join the Lord on Tuesday, August 9, 2016 in Woodland Park, CO, at the age of 78 years. Don is survived by his three children Cristi Ann (Compton) Cannon and her husband Chris of Aubrey, TX. Craig Allen Compton and his wife Candace of Denton, TX and David Glendon Compton and wife Jennifer of Edmond, OK. Six grandchildren: Hunter Layne Cannon, Cole Allen Cannon, Ella Marie Compton, Emory Moses Compton, Malachi Andrew Compton and Sarah Anne Compton. He is also survived by his two sisters, Evelyn Chisholm of New Braunfels, TX and Marilyn Bush of Littlefield,TX.   Don was born in Seymour TX, November 20, 1937 to Ed and Maude (Cox) Compton. He was preceded in death by his parents, his brother Jack Compton and Rita Louise (Speights) Compton, whom he was married to for 47 years. Don grew up in Seymour, TX but spent the majority of his life in New Braunfels, TX. He graduated from Texas Tech University with a degree in Textile Engineering. Upon graduation, he moved to New Braunfels in 1963 and began working for Mission Valley Mills (later West Point Pepperell). He worked for the mill in several capacities: Assistant Plant Manager, Director of Quality Control, and Product Development & Cost Control Manager for almost 39 years before retiring in 1991. During that time, he led his industry in the research and growth of organic cotton manufacturing.   After retirement, he and his wife Rita moved to Aubrey, TX to spend their remaining years near their children and grandchildren. After moving to Aubrey, he served as the Benevolence Minister for Singing Oaks Church of Christ until his death. Don’s life can best be described as one of service. Both in his career and his daily life he served his Lord, his church and his community. He served as both a Deacon and Elder for many years at the New Braunfels Church of Christ and then later as Benevolence Minister for Singing Oaks Church of Christ. He was a life-long member of the Lions Club where he was honored multiple times as Lion of the Year. He was a member of the New Braunfels Chamber of Commerce, and was recognized for outstanding leadership with the United Way. His community service began as a young man and continued through his entire life. He was blessed to spend his last twelve years serving the needy in Denton County.Don loved to sing. With a beautiful tenor voice, he sang with community choirs and as song leader at church. He also loved to fish, play dominos and he especially loved his grandchildren.  Don always saw the best in people. He was kind to everyone and always greeted everyone with a warm smile. He gave people the benefit of the doubt and helped them in any way he could without expecting anything in return. His quick wit always made us laugh. He never liked being the center of attention and never complained. He had an incredible work ethic that translated into success in all aspects of his life. His influence will continue from generation to generation. He lived his life to honor God and God has honored him with an eternal home in heaven.Don’s life will be celebrated on Wednesday, August 17, 2016 at Singing Oaks Church of Christ in Denton, TX. Visitation will begin at 10:00am followed by funeral service at 11:00am. Interment will be at Belew Cemetery in Aubrey, TX. In lieu of flowers, donations may be made to Singing Oaks Church of Christ Benevolence Ministry, 101 Cardinal Dr., Denton, Texas 76209. Arrangements by Slay Memorial Funeral Center.    To send a flower arrangement to the family of Donald Gene Compton, please click here to visit our Sympathy Store.

Donald Gene Compton of Aubrey, TX, formerly of New Braunfels, TX, went to join the Lord on Tuesday, August 9, 2016 in Woodland Park, CO, at the age of 78 years. Don is survived by his three children Cristi Ann (Compton) Cannon and her husband... View Obituary & Service Information

The family of Donald Gene Compton created this Life Tributes page to make it easy to share your memories.