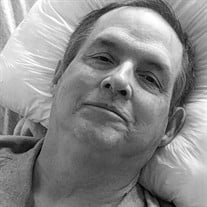 Gary B. Burchett, 72, went to be with his Lord and Savior on February 2, 2021 surrounded by all his children. Gary is survived by his four daughters: Melissa and Jeff Norman of Argyle, TX, Kim and Glenn Huschke of Aubrey, TX, Sarah and Walt Mayfield of Denton, TX, and Andrea and Jason Moon of Rosston, TX. He is also survived by 11 grandchildren: Brooke, Jacob, Katelyn, Rachel, Mary Kate and husband Tyler Waldrum, Matthew, Molly, McKenna, Luke, Lauren, and Landen, great-grandchild, Alex Waldrum and sister, Peggy Sharpton and husband Alfred of Perryton, TX. He was preceded in death by his parents, Ernest and Emilou Burchett, his wife of 40 years, Sonja Diane (Christian) Burchett and granddaughter, Abigail Mayfield. Gary was born on June 25, 1948 to Ernest and Emilou (Moore) Burchett in Provo, UT, but “got to Texas as quick as he could”. He grew up in Borger, TX where he played the tuba in the high school band. His mother was the one who actually picked out his bride in Sunday School class while they were in high school. They married on June 10, 1967 in Borger, TX. Gary went on to raise four intelligent daughters, who married men just like their Daddy---men who care for their wives like Jesus commanded--to lay down their lives for them. Gary was a man who craved and sought out wisdom and knowledge like fine treasure. He taught all his daughters to do the same. He took his family on multiple camping trips during which he introduced his daughters to caves, pitching a tent and enjoying God’s creation. He loved Jesus and the Jewish people with a deep reverence and honor. While his daughters miss him immensely, they are comforted by the knowledge that he is reunited with his wife, his granddaughter Abigail, and in the presence of his Lord. A memorial service will be held at 2:00PM, Saturday, February 6, 2021 at Slay Memorial Chapel in Aubrey, TX with Rev. John Theisen officiating. Online condolences may be shared at www.slaymemorialfuneralhome.com. Arrangements are under the direction of Devon Calverley and Slay Memorial Funeral Center.

Gary B. Burchett, 72, went to be with his Lord and Savior on February 2, 2021 surrounded by all his children. Gary is survived by his four daughters: Melissa and Jeff Norman of Argyle, TX, Kim and Glenn Huschke of Aubrey, TX, Sarah and Walt... View Obituary & Service Information

The family of Gary Bruce Burchett created this Life Tributes page to make it easy to share your memories.