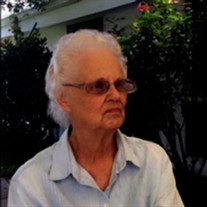 Jo Hall Church was born November 8,1931, in Bryan, Texas, to Dan and Inez Etheridge Hall. After graduation from Stephen F. Austin High School in Bryan, she attended Sam Houston State University, graduating in 1953 with a BA in English and minor in vocal music. During the summers, she attended Texas A&M (girls had not yet been allowed to attend during the long terms). In 1977, she entered graduate school at Texas Womans' University where she received an MA in English in 1978 and a PhD in English with a Concentration in Rhetoric in 1985. On her graduation from college, Jo taught English and Social Sciences to grades 6-9 and developed a music program including two choirs at Manvel Independent School District for two years before marrying Donald Church in 1954. Later, she either taught or substituted at Mary Immaculate Catholic School in Farmers Branch from 1964 to 1974. After receiving her PhD in 1985, she taught English and Speech as an adjunct professor at either Texas Woman's University (TWU) or the University of North Texas, and in 1987 she set up a Title IX and a Title IV at Cameron University in Lawton, Oklahoma. In 1989, she began teaching English at Cooke County College (later to become North Central Texas College) where she taught until she retired in 2002. Besides teaching, Jo served on the Board of Directors of Church & Clark 1962-1982 and was Comptroller at Ace Hardware 1984-1985 and 2002- 2006. Jo was preceded in death by her parents, and her beloved husband of 60+ years, Donald R. Church. She is survived by two daughters, Lynn Church Abbey and husband, Joe and Carol Church Wood and husband Mark; three sons, Donald R. Church, Jr. and wife Kellye, John H. Church, and Joseph C. Church and wife Mary Lynn. She is also survived by 8 grandchildren: Amanda Church Rosmarin and husband Chris, Jordan Church, Ben Wood, Thomas Wood, Kalei Jordan, Kaitlyn Jordan, Kyla Jordan, and Tyler Gott, and one great grandchild, Avyn Reese Rosmarin. Besides her children, Jo is survived by her sister, Lou Hall Stover and husband Ray and nephew Raymond E. Stover and wife Sandra. A memorial service will be held at 1:00PM, Friday, June 2, 2017 at St. Thomas Aquinas Catholic Church in Pilot Point, TX.  Online condolences may be shared at www.slaymemorialfuneralhome.com. In lieu of flowers, the family requests donations be made to Montserrat Retreat House, Box 1390, Lake Dallas, TX 75065, or to a charity of your choice. Arrangements are under the direction of Terri Slay and Slay Memorial Funeral Center.

The family of Jo Hall Church, PhD created this Life Tributes page to make it easy to share your memories.