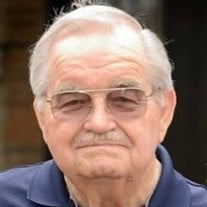 Lee Eugene Byrd, 81, passed away on December 23, 2016 in Pilot Point, Texas.  He was born February 12, 1935 in Beaumont, Texas. He leaves his wife of 56 years, Sandy (Palano) Byrd; his son, Lee Byrd of Denver, CO; his daughters, Mary Cay Kosten of Boston, MA and Deborah Armstrong and husband, Stephen of Oak Point, TX; Five grandchildren, Kendall and Kelsey Kosten and Katy, Abby and Macy Armstrong; brother, Joe Byrd of Carrollton, GA; sister, Alice Shub of Arlington, TX; and many close friends.  Lee was preceded in death by his parents and two brothers, William (Bill) Byrd and Richard Byrd.Born and raised in Beaumont, TX, the son of William Carlton Byrd and Bernice Ina (Robinson) Byrd. He attended South Park High School and graduated in 1953.  Following high school he attended Lamar State College of Technology where he studied commercial art. He served in the U.S. Naval Reserve from 1952 until he was honorably discharged in 1958. In 1958, he reported to the Selective Service and entered the U.S. Army as a Private First Class. He earned the U.S. Army Expert Weapons Qualification Badges for Rifle and Machine Gun weaponry. He served 2 years stationed in Augsburg, Germany where he met the love of his life, Santina Palano. They were married April 23, 1960 at Mount Carmel Catholic Church in Pittsfield, MA. They settled in Beaumont, TX where Lee worked as a Television Director for KFDM-TV.  In 1963 they moved to Dallas, where Lee began a 25-year career in commercial art for St. Regis/Pollock Paper. He retired in 2000 from Container Graphics. Throughout his career he produced numerous package designs for companies such as Mrs. Baird’s breads, Frito Lay, and Toro lawn equipment.An accomplished artist, he volunteered his time to create beautiful hand lettered signs, murals, and posters for many local organizations.  He was a dedicated blood donor supporting Carter Blood Care, a member of the 40-gallon club and numerous platelet donations in his lifetime. He was honored to serve as the Historian for the American Legion Post 550 in Pilot Point where he would serve with many dedicated service members and veterans supporting the Pilot Point/Tioga area. He volunteered at St. Thomas Aquinas Catholic Church in Pilot Point.Rosary and visitation will be held at 10:00AM on Wednesday, December 28, 2016 at St. Thomas Aquinas Catholic Church of Pilot Point with Father Tom Kennedy officiating a Mass of Christian Burial beginning at 11:00AM.  Burial will be at St. Thomas Cemetery in Pilot Point TX.  Online condolences may be shared at www.slaymemorialfuneralhome.com.Memorial donations may be made to the American Legion, Donation Processing, P.O. Box 361623, Indianapolis, IN 46236-1626.Services are under the direction of Terri Slay and Slay Memorial Funeral Center. To send a flower arrangement to the family of Lee Eugene Byrd, please click here to visit our Sympathy Store.

The family of Lee Eugene Byrd created this Life Tributes page to make it easy to share your memories.