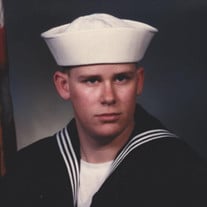 Michael John Lemery, 44, of Oak Point, TX, passed from this life on Friday, December 3, 2021 following a lengthy illness. Michael was born May 23, 1977 in Glens Falls, NY to John Lemery and Deborah (Courville) Bazinet. He graduated from Glens Falls High School in 1995 and enlisted in the United States Navy in 1996. Mike was a sonar tech on the USS Asheville from 1996 to 2001 and he proudly served in the Navy until he was honorably discharged in 2010. Michael met the love of his life, Jane, in 2011 while working in Louisville, KY. In 2012 the couple joined Toyota and moved to Georgetown, KY. His love of Toyota led him to buy his FJ Cruiser and join the Tri-State Cruisers, a Cincinnati, OH area off roading club. Following his job transfer to Plano, TX, Mike, became involved in the Texas Trail Riders Club (TTR), and served as the TTR president for three years. Mike also served as the Sponsorship Board Member of the Lone Star Toyota Jamboree from 2017 until his passing. Mike is survived by his beloved wife, Jane; children, Brighten, Kaleb, and Rhylee; parents, Deborah (Courville) Bazinet and Michelle Fischer and John Lemery and Mary; brothers, Eric Lemery and Melody, and Justin Lemery and Alyssa West; and many aunts, uncles, cousins and nephews. A celebration of life will be at 3:00PM, Saturday, January 15, 2022 at Slay Memorial Chapel of Aubrey. Online condolences may be shared at www.slaymemorialfuneralhome.com. In Lieu of flowers, the family requests that you give a remembrance to the American Kidney Foundation at https://secure.kidneyfund.org Arrangements are under the direction of Terri Slay and Slay Memorial Funeral Center.

The family of Michael John Lemery created this Life Tributes page to make it easy to share your memories.