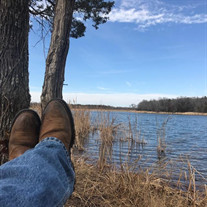 Michael Drew Wright, 53, passed away on May 12, 2022, surrounded by his loving family in Carrollton, Texas. He was born on October 04, 1968, to Michael Henry Wright and Judy Ann Johnson in Brownwood, Texas. Drew was veteran of the United States Air Force serving in Desert Storm. After serving his tour with the Air Force, Drew came home and finished his education. He completed all of his undergraduate work with high honors at Texas Tech University and then went on to receive his master’s degree from Thunderbird International Business School. He met and married the love of his life, Angela Delgado whom he married in 1988 in Belton, TX. Drew and Angela moved to Prosper to make their home. He has been a consultant with Deloitte Consulting for many years until his retirement. Drew was passionate about sprint car racing from watching his buddies race to getting to race himself. He also enjoyed collecting military antiques. He was preceded in death by his father, Michael Henry Wright. Drew is survived by his loving wife of 33 years, Angela; daughter, Catherine Alexandra Ames and husband, Jack Ames of Celina, TX.; grandson, M.B. Ames of Celina, TX; mother, Judy Johnson of Cookeville, TN; and sister, Kelly Richardson of Cookeville, TN. The family will receive friends for visitation on Monday evening, May 16, 2022, from 6-8:00PM. Funeral Services will be held on Tuesday, May 17, 2022, at 10:00AM at Slay Memorial Funeral Center in Aubrey, TX. Interment with military honors will follow at Roselawn Memorial Park in Denton, TX. The family request that memorials be made to www.bluecardfund.org Online condolences may be shared at www.slaymemorialfuneralhome.com. Arrangements are under the direction of Terri Slay and Slay Memorial Funeral Center.

Michael Drew Wright, 53, passed away on May 12, 2022, surrounded by his loving family in Carrollton, Texas. He was born on October 04, 1968, to Michael Henry Wright and Judy Ann Johnson in Brownwood, Texas. Drew was veteran of the United States... View Obituary & Service Information

The family of Michael Drew Wright created this Life Tributes page to make it easy to share your memories.