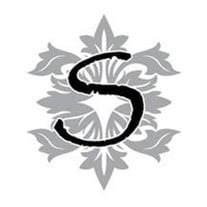 Pauline Annie Blumberg Dickey, born the 26th of October, 1922 in Pilot Point, Texas passed away peacefully on Monday, the 25th of April at the age of 93 in Kerrville, Texas. She was the sixth of eight children born to Susanna Berend Blumberg and Hugo Blumberg. Having lost her mother at an early age, Pauline grew up with a loving father and was always fiercely proud of and close to all of her brothers and sisters. Other than watching her beloved San Antonio Spurs play basketball, her greatest joys came from attending the Blumberg family functions and keeping in touch with all of her nieces, nephews and cousins. She never forgot a birthday or anniversary, and if humanly possible, attended every wedding, graduation and funeral of a family member or friend. On July 12, 1943 she married Harold Dickey and formed a loving partnership that would thrive for almost 70 years until his passing in 2012. After Harold returned from his Marine Corps service at the end of WWII, Harold and Pauline began college at North Texas State. With two young children, they were able to graduate with teaching degrees in four years. Pauline usually taught second grade and was often requested by parents to teach their children. She was awarded numerous certificates of appreciation and was a true friend of education. During her twenty-five year teaching career, she taught in school districts throughout Texas and in 1981 retired from the Judson Independent School District. In 2003, after many years of living in the San Antonio area, Harold and Pauline moved to Round Rock to be near their beloved daughter and caregiver, Rose Ellen and son-in-law, Arthur. They were able to spend 11 happy years there and got great enjoyment attending the activities of their granddaughters, Heather and April. In 2014 she moved to Kerrville, where she flourished with her newfound friends. Pauline will be remembered for her optimism in life, concern for others, sharp mind and great love for her children, grandchildren and great grandchildren, all of whom meant the world to her. We will miss her for so many reasons, especially just picking up the phone to chat or ask her a question. She could remember everything! She is survived by her sons, Terry Dickey (Sandra) of Sugar Land, TX, David Dickey (Beverlee) of Pinehurst, NC, and daughter, Rose Ellen Holly (Arthur) of Kerrville, TX, grandchildren, Kyle Dickey (Suzanne), Mark Dickey, Stacy McSwain (Billy), Chad Callahan, Heather Pogue (Andrew), and Dr. April Holly. Pauline is also survived by five great grandchildren, Katherine, Caroline, and Lauren Dickey and Will and Logan Mullin, sister-in-law, Martha Blumberg, cousin, Dorothy Mae Cashion and numerous nieces, nephews, and cousins. She was preceded in death by husband, Harold Dickey, sisters, Marie McKinney, Edna Hollar, Roberta Clark, Agnes Routon, brothers, Frank, Raymond and Billy Blumberg. Services will be held at Slay Memorial Funeral Center, 400 S Highway 377, Aubrey, TX 76227. Visitation at 10 a.m., funeral at 11 a.m. on Saturday April 30, 2016. Interment following at Pilot Point Community Cemetery. Online condolences may be shared at www.slaymemorialfuneralhome.com. Services are under the direction of Terri Slay and Slay Memorial Funeral Center. To send a flower arrangement to the family of Pauline Annie Dickey, please click here to visit our Sympathy Store.

Pauline Annie Blumberg Dickey, born the 26th of October, 1922 in Pilot Point, Texas passed away peacefully on Monday, the 25th of April at the age of 93 in Kerrville, Texas. She was the sixth of eight children born to Susanna Berend Blumberg... View Obituary & Service Information

The family of Pauline Annie Dickey created this Life Tributes page to make it easy to share your memories.