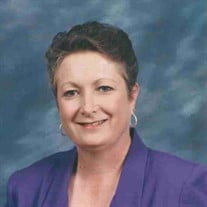 Penni K Pratt Luton, age 66, passed away in her home on August 16, 2021, in Gordonville, TX. Penni was born on July 14, 1955, in Paris, TX, to Louis Newton and Elvira (Gordon) Pratt. Penni grew up in Irving TX and attended MacArthur High School before attending the University of Arlington where she received a Bachelor of Science in Business Administration. She began her career at DARR Equipment as Sr Accountant for 15 years and later worked at FEMA for five years. Penni then joined Weber Aircraft/Zodiac Seats as a Program Manager where she built lifelong friendships with both customers and peers. After retiring from Zodiac, Penni worked in her hometown for the Whitesboro News Record. On January 25, 1974, Penni married Ronnie William Luton. Penni was very passionate about her family, especially her grandchildren, and enjoyed watching them in many of their activities. She loved her bulldogs, corgis, and horses. She loved her sisters beyond words and was always grateful for their support and looked forward to the “Pratt Sister’s Nights” as they had dinner around the pool. Penni is survived by her husband, Ronnie W. Luton of Gordonville, TX; son, Ronnie D. (Dusty) Luton and wife Michelle of Whitesboro, TX, and Errin W. Luton and wife Erin M. of Borger, TX; grandchildren, Dustin Bailey, Amy, Makayla, Hunter William, Louis Clay, Madison Michelle, James Andrew, Joseph Adam, and Garrett Cooper; sisters, Betty Pratt of Blossom, TX, Candace Pratt of Aubrey, TX, and Doreen Rue of Aubrey, TX. Penni was preceded in death by her parents, Louis and Elvira; and sister, Belinda Pratt Nolan. A Celebration of Life is scheduled for 2:00PM, Saturday, August 28, 2021, at First United Methodist Church in Whitesboro, TX. All are welcome to attend and celebrate Penni’s life. In lieu of flowers, a donation can be made in Penni’s name to the American Cancer Association at https://donate3.cancer.org/.

The family of Penni K Luton created this Life Tributes page to make it easy to share your memories.

Penni K Pratt Luton, age 66, passed away in her home on August...