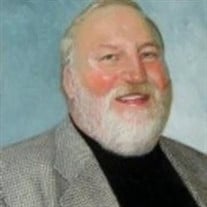 Peter Carlson "Woody" Kern, 66, of Pilot Point, passed away Tuesday, January 7, 2014 in Plano, TX. Peter was born April 20, 1947 in Canton, OH to Peter and Dorothy (Raush) Kern. He attended Case Western Reserve University in Cleveland, OH majoring in biochemistry and minoring in psychology. In 1970 he entered the family business of nursing homes. Once in charge he began to expand the company and purchased homes outside of Ohio. He moved to Pilot Point, TX in 1986. In the 90's he was the sole owner of Texas Health Enterprises, the largest nursing home chain in the state of Texas with over 100 homes. He was a lover of baseball and owned minor league baseball teams in North Carolina, Washington, California, New Jersey, and New York. The Ashville Tourist, an affiliate of the Colorado Rockies, was regarded as one of the best-run minor league franchises in the country. He began his career with the Arena Football League as the owner of the Fort Worth Cavalry in 1993. This team only operated for a single season. In 1994 he purchased the Arena Football team, Tampa Bay Storm, in Tampa Bay, FL. Under his watch the team won three championships. The Storm is noted as having won more games than any other team in AFL history. In 2010 he founded the Texas based Dallas Vigilantes Arena Football Team. The team played at American Airlines Center from 2010-2012. In 2012 he welcomed the addition of Cheer's Liquor and Spirits to his list of business ventures. Cheer's has many locations around Texas. Also, he was the president of PCK Management located in Pilot Point, TX. He is survived by his two sons, Ryan Kern of Denton, TX, Bo Kern of Frisco, TX; five daughters, Jennifer Walter of Columbus, OH, Cari Gilliam of Princeton, TX, Lindsay Kern of Whitesboro, TX, Blair Kern of Aubrey, TX, Kristin Kern of Cross Roads, TX; and five grandchildren. He was preceded in death by his parents. Visitation will be held 10:00 AM, Saturday, January 11, 2014 at Slay Memorial Chapel in Aubrey, TX with a funeral service following at 11:00 AM officiated by Rev. Luther Slay. Burial will be at Belew Cemetery in Aubrey, TX. On-line condolences may be shared at www.slaymemorialfuneralhome.com. Arrangements are under the direction of Terri Slay and Slay Memorial Funeral Center Aubrey. To send a flower arrangement to the family of Peter Carlson "Woody" Kern, please click here to visit our Sympathy Store.

The family of Peter Carlson "Woody" Kern created this Life Tributes page to make it easy to share your memories.