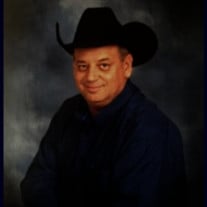 Robin Dale "Robby" Sims, age 50, of Pilot Point, TX passed away at his home on Thursday, February 23, 2017. He was the son of Dale and Wanda (Branch) Sims and was born April 5, 1966 in Denton, TX. He attended school in Aubrey, TX through the 8th grade and graduated from high school in Pilot Point, TX in 1985. Following high school Robby worked for several companies before beginning his career with D&L Farm and Home in Celina, TX where he currently served as manager. Robby married the love of his life, Donna R. David, on May 16, 2009 in Pilot Point, TX.  Following their marriage the couple made their home in Pilot Point, where they shared their life with family and friends and grew in their Christian faith. Robby was an amazing man who loved life and lived it to the fullest. His passion for family, friends, and work was unsurpassed. He had a quick wit and easy smile which he used often, particularly with his nieces, nephews and in-laws, even to the point of giving some of them “pink panties” at Christmas time as he poked fun at their choice of football teams. Robby had many interests in his all too short life, including cooking, tending cattle, gardening, yard care and even bulldogging goats as well as many others. He was a friend to those in need and his selflessness was always apparent. He was quick to anticipate the needs of others and readily put others ahead of himself. His quiet and simple life endeared him to all. Robby made no pretenses and everyone he met was a friend. His example to all of us is a blessing and he will be greatly missed. We are happy that his pain and suffering are over and that we have a friend in heaven to watch over us. Grateful for having shared his life are his soulmate and wife, Donna, Pilot Point, TX; his daughter, Hailey Sims, Denton, TX; his son, Blaine Sims, Argyle, TX; his granddaughters, Asya (6) and Ava (22 months); his bonus child, Dalton Akins, Celina, TX;  his mother, Wanda (Branch) Brown and Ronnie Chambers, Gordonville, TX; his sister, Kari (Kyle) Patterson, Callisburg, TX; his parents-in-law, Robert and Alice David, Pilot Point; his brother and sisters-in-law, Pam and Phil Schmitz, Sioux Falls, SD; Tammy and Greg Howard, Russell David,  Sandra and Dennis Jones, all of Pilot Point; his nieces and nephews; and a host of other relatives and friends. God bless his memory! Rosary will be said at 3:00PM with visitation following until 5:00PM, Sunday, February 26, 2017 at Slay Memorial Chapel of Aubrey, TX.  A Mass of Christian Burial will be held at 10:00AM, Monday, February 27, 2017 at St. Thomas Aquinas Catholic Church in Pilot Point, TX.  Burial will follow at St. Thomas Cemetery in Pilot Point. On line condolences may be shared at www.slaymemorialfueralhome.com. Services are under the direction of Terri Slay and Slay Memorial Funeral Center. To send a flower arrangement to the family of Robby Sims, please click here to visit our Sympathy Store.

Robin Dale "Robby" Sims, age 50, of Pilot Point, TX passed away at his home on Thursday, February 23, 2017. He was the son of Dale and Wanda (Branch) Sims and was born April 5, 1966 in Denton, TX. He attended school in Aubrey, TX through the... View Obituary & Service Information

The family of Robby Sims created this Life Tributes page to make it easy to share your memories.