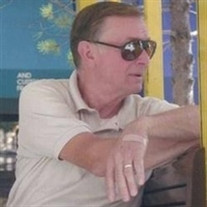 Dr. Rodney Gilbert Jurist, 82, of Aubrey, TX, went home peacefully to be with his Lord and Savior, Saturday, May 13, 2017 at 1:30am surrounded by his family. His legacy lives on through his wife, JoAnn Jurist; his sons, Bradley Joseph (Candice) Jurist, Mark Andrew (Tammy) Jurist, David Michael (Shelly) Jurist, his daughter, Renee Marie (Jeff) Boettcher, his eight grandchildren and his sister, Jacquelyn Smith. Rodney (Rod) was a devoted husband, who consistently showed JoAnn his love, respect and admiration. Their love was undeniable and with every look, his eyes reflected that love. Rod and JoAnn were the “real deal”, a relationship, a marriage, a friendship like no other. From the first time he met her, 68 years ago in the 8th grade, she was the apple of his eye. He taught his family what true love was, by being a living example, how to love unconditionally, forgive quickly and what a marriage should be. His love for his children and grandchildren was unwavering and never lacked. Rod was proud of them, they brought him so much joy and happiness. He gave kids who were troubled or homeless a safe place to live and provided them with direction in life. He said, the song, “Looking for an Echo”, reminded him of his life, and, in the end, he said, “I found my “echo” in my family.” He was joyful, compassionate, selfless, always putting others first. He always had a smile on his face, wonderful sense of humor, loved music and could really tell a story.  He strived daily to be a better version of himself. In doing so, encouraged others around him to do the same. He provided, not only to his family, but to others, words of encouragement.  He always knew exactly what to say when people needed it most and endeavored to bring out the best in them, even when they couldn’t see it themselves. He taught to see difficulties as opportunities to excel in all areas of life. He studied at Duquesne University and Rutgers University, where he obtained his Doctorate in Education. Later he went on to become a distinguish faculty member at Rider University, where he was not only a Professor, but the Dean of Business Education. Always striving to influence education, he was the President of National Business Education Association (NBEA). In the beginning of his career as a teacher, he taught at Dunellen High school and Randolph High school. He loved teaching his students and said they taught him as much as he taught them. He found pride and joy in seeing his students succeed. To him, everyone was unique, special and had a purpose. He served his county as a First Lieutenant in the US Armed Forces (Army) with an honorable discharge in 1964. Rod has been a strong tower of unshakable faith, which has lead multitudes of people to the Lord. He was a husband, father, teacher, leader and a perfect example of what a "MAN" should be. Without a doubt, he has entered Heaven with nothing left to give, he has been faithful with every gift God has given him. The King of Kings will crown him and say, "Well done my good and faithful servant!" There are no services scheduled at this time. In lieu of flowers, please send a donation to www.CBN.org in his memory. Online condolences may be shared at www.slaymemorialfuneralhome.com. Arrangements are under the direction of Terri Slay and Slay Memorial Funeral Center. To send a flower arrangement to the family of Rodney Gilbert Jurist, please click here to visit our Sympathy Store.

Dr. Rodney Gilbert Jurist, 82, of Aubrey, TX, went home peacefully to be with his Lord and Savior, Saturday, May 13, 2017 at 1:30am surrounded by his family. His legacy lives on through his wife, JoAnn Jurist; his sons, Bradley Joseph (Candice)... View Obituary & Service Information

The family of Rodney Gilbert Jurist created this Life Tributes page to make it easy to share your memories.