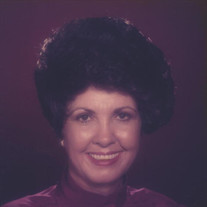 Sandra Kay Short, 83, of Pilot Point, TX, passed away Tuesday, September 21, 2021 in Denton, TX. Kay was born September 20, 1938 in Loco, OK to Troy W. Wilson and Hazel Corbin. She always enjoyed telling the place of her birth. Kay was raised in Kingsville, TX. She married Jerry Gurney in 1954 and they divorced in 1963. Kay spent eight years with the Hertz Corp. in Corpus Christi, TX where she met Leslie N. Short (retired Airforce) and married him in August of 1972. They moved to Salado in 1979 and lived there for sixteen years. Kay was a member of the Salado Baptist Church, The Village Artists, and an active member of the Mill Creek Ladies Golf Association. She was an avid golfer. Kay was honored in 1998 when she became the First Salado Celebrity. Dancing was her passion and her gift. She became the director of the RSVP Rhythm Rockers, a group of senior line dancers. She was teacher, choreographer, and costume designer and led her group to two state championships in 1996 and 1997. They also won two silver medals in the Texas State Senior Games and contributed many volunteer hours in their community. Kay is survived by her sons, Randy Gurney and wife Pam of Plano, TX and John Gurney and wife Emily of Pilot Point, TX; grandchildren, Randall Gurney and wife Brittany of McKinney, TX, Douglas Gurney and wife Amber of Frisco, TX, and Beverly Tschoepe and husband Eric of Oklahoma City, OK; and great-grandchildren, Leah Gurney, Autumn Lynn Gurney, and John Lewis Gurney. She was preceded in death by her parents, Troy and Hazel; husband, Les; and brother, Jerry Don Wilson. A memorial service will be held at 10:00AM, Friday, October 8, 2021 at Slay Memorial Chapel in Pilot Point, TX with John Theisen officiating. Online condolences may be shared at www.slaymemorialfuneralhome.com. Arrangements are under the direction of Terri Slay and Slay Memorial Funeral Center.

The family of Sandra Kay Short created this Life Tributes page to make it easy to share your memories.