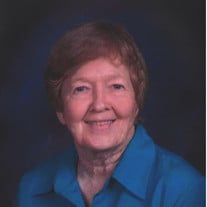 Sondra Gail Green Pelzel, 79, of Collinsville, Texas passed away peacefully Wednesday, September 16, 2020 at Countryside Nursing Home surrounded by her loving family. She was born April 15, 1941 in Wills Point, Texas to Angus Green and Birdie Smithart Green. Sondra was orphaned at an early age and was raised by her uncle and aunt, Rufus and Marceile Smithart. She was raised in Martins Mill, Texas and graduated from Canton High School. She married Robert Joseph Pelzel on May 5, 1962. They were married at St. Thomas Catholic Church in Pilot Point, Texas. They raised three children, Russell James Pelzel, Kelea Ann Pelzel, and Janet Renee Adams. They were happily married for 58 years. Sondra graduated from Texas Women’s University with a degree in Education. She was an elementary school teacher for Pilot Point ISD and Whitesboro ISD. She believed that reading to a child was essential for their development and always stressed its importance. She also taught UIL Ready Writing and thought that children should be fluent in writing and storytelling. She taught first and second grade for over two decades and retired from the Whitesboro ISD. Because she thought education was so important, she encouraged her own children to attend college. It was with great pride that she and her husband, Robert, were able to put all three of their children through pharmacy school. Sondra was an excellent cook and was known for her kolaches, cinnamon rolls, cream pies, and other confections. She loved reading, true crime shows, crossword puzzles, gardening, and going on walks. Prior to her illness she would walk six or more miles a day. Traveling with her daughters was also something she loved to do. She traveled with Kelea and Janet to much of the west and east coast states and to Alaska with Kelea. She thought travel was educational, and she took her children to a lot of states during summer vacations. She was always the educator for her children and grandchildren. She was also a loving wife, mother, grandmother, and great grandmother. Being a mother was really what she did best. She was once asked what she felt her greatest accomplishment in life was, and her response was, “Being a mother and the raising of my children is what I take the most pride in.” She was selfless, supportive, patient, and always there for her children and grandchildren. She is survived by her loving husband of 58 years, Robert Joseph Pelzel, of Collinsville, Texas; son, Russell Pelzel and wife Renee of Collinsville, Texas; daughter, Kelea Pelzel of Collinsville, Texas; daughter, Janet Adams and husband Ryan of Choctaw, Oklahoma; grandchildren Jarrett, Taylor, and Connor Pelzel, Morghan, Nicole, and Erin Tischler, and Avril and Asher Adams; as well as one great granddaughter, Haven Grace; and sister, Nelda Kay Mackey of Alabama. Sondra was preceded in death by her parents Angus and Birdie Green and Rufus and Marceile Smithart; brother Sherrell Green and his wife Linda; and sister Linda Rose Moon and her husband Will. Rosary will be held at 6:00pm on Friday September 25, 2020, followed by visitation from 6:30 to 7:30pm at Slay Memorial Funeral Home in Pilot Point, Texas. A funeral service will be held on Saturday September 26, 2020 at 10:00am at St. Thomas Catholic Church in Pilot Point. Burial will follow at the St. Thomas Cemetery. In lieu of flowers, donations may be made in her name to the Pilot Point or Whitesboro public libraries or to a literacy program of your choice. She was a regular blood donor, and her family would like to encourage everyone to give blood if they can.

The family of Sondra Gail Pelzel created this Life Tributes page to make it easy to share your memories.