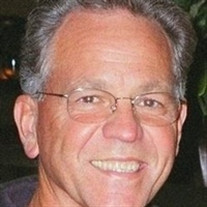 William Bonnie "Shad" Burgess Shad was born July 22, 1951, in Denton, Texas, to Alfred "Buddy" Ray Burgess and Bobbie Ruth McDade Burgess. He was named for his grandfathers "Pappaws" William Henry McDade and Bonnie Ray Burgess. Shad was a true natural with horses and cars, cats and dogs, too. All did precisely what he determined they should! He learned marksman skills early with BB and pellet rifles in Pilot Point, Texas. He continued using these skills in Texas, Colorado, Florida, and any other place the opportunity provided itself. Shad loved the shooting range and hunting fields equally, taking the challenge of precision in both. Moving to Hurst, Texas, in 1968, he attended LD Bell high school and graduated in 1969. Soon after, he began working at General Motors in Arlington, also attending cosmetology school, ultimately owning a salon of his own in Rockport, Texas. In 1994, Shad began his paintless dent repair (PDR), using his skills and critical eye removing the imperfections in the metal in the process. The thing Shad would most want people to know about him is his love for the Lord. Shad was always singing worship songs throughout the day, studying the Word, and discerning the voice and the purpose of God in his life. If he didn't feel the Lord's peace about something, then he didn't pursue it. He was preparing for the Lord's return and was anxious for it. He was a great student of the Word and always had an answer from the Word to encourage and edify others. Meeting the "love of his life" Brenda in 2005, they married in October 2008 in Florida and moved back to Texas permanently in 2014. They laughed, they prayed, and they loved until June 23, 2015. We miss you, Shad. We love you! your family and your friends!!! Written Larry "Bubba"/"Little Brother" Burgess Supplemented by Brenda Burgess To send a flower arrangement to the family of William Bonnie Burgess, please click here to visit our Sympathy Store.

The family of William Bonnie Burgess created this Life Tributes page to make it easy to share your memories.